This is a difficult question to answer in that it focuses so limitedly on the physical appearance of the afterlife. And, although it is a valid question for us since we are always wondering what things look like, there is much more to the afterlife than that.

Remember, you are a non-physical being projecting a physical existence here on earth. Upon death, some do not even realize that they have died as the astral body feels as solid as the physical one did. So it should be as no surprise that the afterlife realms appear similar to the trappings found here on earth. However there are differences between areas or levels of afterlife existence depending upon the vibrational frequency you hold upon entering the afterlife.

The books we have chosen below are clear in their descriptions of many aspects of life after physical death. They include one of Michael Newton's works on numerous life between lives cases using spiritual hypnotherapy; Leadbeater, who was a spiritual Adept; Moen describes his journeys into the afterlife via astral projection; Davis and Panchadasi through their Seership; and Tuttle from channeled information. There are many other books listed in the Afterlife section of this site, which provide many more details of the afterlife realms, but some of these should get you started. Take a look thorugh our suggestions and read the ones that feel right for you. 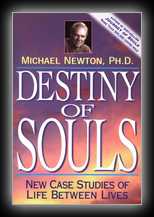 Destiny of Souls
by Michael Newton

In Destiny of Souls, 67 people just like you recall their life between lives through Dr. Newton's personal work in spiritual hypnotherapy. Based on his groundbreaking research into the afterlife, this book is designed both for the first-time venturers into the subject and for readers of Dr. Newton's best-selling first volume, Journey of Souls. 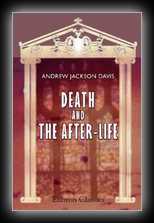 Death and the After Life
by Andrew Jackson Davis

This volume includes eight evening lectures on the Summer-Land (heaven, the afterlife). 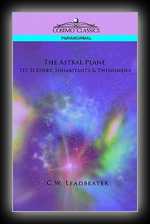 The Astral Plane, Its Scenery, Inhabitants, and Phenomena
by C.W. Leadbeater

...every precaution in our power has been taken to ensure accuracy, no fact, old or new, being admitted to this manual unless it has been confirmed by the testimony of at least two independent trained investigators among ourselves, and has also been passed as correct by older students whose knowledge on these points is necessarily much greater than ours. It is hoped, therefore, that this account of the astral plane, though it cannot be considered as quite complete, may yet be found reliable as far as it goes...The first point which it is necessary to make clear in describing this astral plane is its absolute reality. Of course in using that word I am not speaking from that metaphysical standpoint from which all but the One Unmanifested is unreal because impermanent. I am using the word in its plain, every-day sense, and I mean by it that the objects and inhabitants of the astral plane are real in exactly the same way as our own bodies, our furniture, our houses or monuments are real... 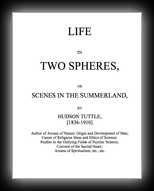 ...This the Spirit-home. Why the floor is of earth! The plants are true plants! My beloved, this is no fancy, but reality. This is land, that is water, these are plants. You are not deceived in the least. I do not wonder at your incredulity. I have seen those who for years thought themselves dreaming, and no argument could persuade them that they were not...Remember that this world corresponds to the lower world, as a reflection in a mirror, and that spirits hold the same relations to spiritual substance that man holds to physical matter, and you will soon comprehend the reality of these scenes...

The Astral World
by Swami Panchadasi

This swami has travelled extensively in the astral realms. If you doubt its reality and what is there, this is a good book to read. Great companion to the Robert Monroe material. 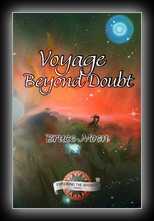 Voyage Beyond Doubt (Exploring the Afterlife)
by Bruce Moen

Visit the afterlife with explorer Bruce Moen, as he maps out the territory ahead of us all--beyond physical death--in this remarkable second book in the Exploring the Afterlife series. The ultimate travel memoir, Voyage Beyond Doubt allows you to witness the power of the human mind as moen uses his Monroe Institute training to communicate with the dead, journey through the afterlife and come back again with a greater understanding of life, death, and what it's really all about.

Moen relates numerous incredible experiences of discovery: meeting his dead grandmother, aiding lost souls to find their way to the afterlife, beginning a "ghost-busting" service, and gaining a fuller, more complete understanding of the regions of the nonphysical. Moen even encounters now-deceased OBE explorer Bob Monroe in his travels in the beyond. A thrilling adventure into the unknown. Voyage Beyond Doubt is a travel guide for the new intrepid explorers of the nonphysical realms.

Our other site, afterlifedata.com has a section called the The Afterlife where you can get further information about the afterlife plane.