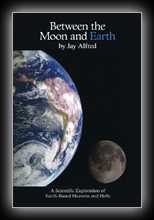 This book elaborates further on the notion of a "dark Earth" which is coupled to the visible Earth in the context of Dark Plasma Theory (using a popular approach). This parallel Earth is the habitat of plasma life forms, including human dark bioplasma bodies, and is composed wholly of low density magnetic plasma. The biosphere of this counterpart Earth is many times larger than the (currently) visible Earth and there is enormous biodiversity in this oceanic dark plasma planet which teems with plasma life forms. Unexplained atmospheric plasma (UAP) objects which sporadically appear in our skies and exhibit intelligent behavior are manifestations of these co-inhabitants of Earth.

Depending on the (dark) electromagnetic interactions between dark plasma life forms (including human bioplasma bodies) with vertical electrical fields (radiating from the center of the Earth) and the plasma density of different "shells", life forms in this parallel Earth (including human bioplasma bodies which have decoupled from their linked carbon-based bodies) gravitate or levitate into particular shells ­ 'higher' shells being coincident with the physical atmosphere of the visible Earth and 'lower' shells with the crust and interior of the Earth. It is possible that these shells have been loosely described as "heavens' and 'hells" in the anecdotal literature.