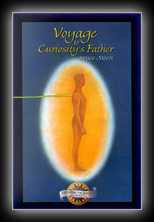 If we could peel back layers of “reality” like the skins of an onion, what would lie beneath? Bruce Moen, veteran explorer of the vast, uncharted spaces beyond physical existence – beyond reality – goes further and deeper than ever before in his quest for knowledge. Moen takes us on his odyssey across the strange and wondrous landscape of the afterlife realms where he meets those who have gone before, asking them some of our greatest questions: What is consciousness? Where do we, and our perceptions, fit into what’s ultimately real? How can we discover what lies before, and beyond, our lives on Earth? Moen is a seasoned guide for an incredible voyage of discovery that leads back…and back…and back…to the origin of consciousness itself.

·A continuation of the popular Exploring the Afterlife Series

·Quite possibly mankind’s deepest exploration of the nonphysical realms

·A stunning glimpse into the ultimate nature of consciousness

·Based on out-of-body exploration techniques developed by the late Robert A. Monroe