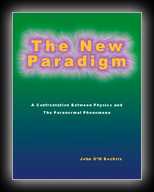 Science has become the mainstay of our search for truth. We look to Science to validate everything. It’s worthwhile, then, asking ourselves: Where is that attitude taking us? When we look around, we see experts of our lives which prompt questions. We are going to be feeling the exhaustion phase of oil and natural gas within the lifetime of most of us now alive. However, because we have not seen far enough ahead and built substitute machinery to draw energy from the renewable resources, we shall go on burning fossil fuels, even coal, - to the end. This brings up the question of the CO2 and how it is driving temperature of the atmosphere and it seems now that we may be threatened not merely with temperatures which make life uncomfortable and eventually impossible: but by SUDDEN climate changes when the icecaps on both poles, and on Greenland, and Iceland melt and the world sea level rises more than 20 feet.

These predictions stimulate us to take a look into some of the problems of the moment and ask ourselves to what extent present Science as a general source of truth is always satisfactory. For example, one of the most solid facts of Science is that masses attract each other, - gravity, - but after 400 years of pondering why, we still have no idea. Likewise, the rule that like charges repel and unlike charges attract, the basis of much in Physics and Chemistry is without a convincing theoretical basis.

To shine a light on Physics, - the heart of Science, - as it is in the early part or the third Millennium, - is the task of Chapter 3 of this book. Darwin’s theory of evolution, Einstein’s contributions to the Theory of Relativity, the Quantum Theory, and present ideas on a) the origin of the universe, and b) of life, are all shaking and are thought to need change by frontier thinking scientists.

Then comes the question of those phenomena, - some of them are very familiar to us, - which scientists, however, deny. Of course, I mean ESP (telepathy and precognition), but also observables like ghosts and hauntings. It turns out that some brave scientists, strong enough to withstand ridicule - from their colleagues, have investigated these matters pretty thoroughly. Sometimes people who have just died turn up again and communicate with their loved ones.

Many strange experiences occur near death and in the last 25 years psychiatrists, heart surgeons, and others have learned much from what their revived patients tell them. Is what is related to us glimpses of an After Life? At first when these tales became accounts and were clarified, it seemed that the news was always good: Thus, in the 1970's and 80's, Bliss and Love, were to be met by us when we died. But, more recently, it was realized that people remember the good things but try to forget the bad, there seems to be another side to death with can be terrifying as well as the blissful side which had been so often described. At least 15 percent of the experiences are terrifying.

There follows in consequence the investigation of the Great Question, do our personalities, - and memories, - survive death and the decay of the body? This is a question which has been worked upon scientifically for about a century and the data of course are mixed but some authors, in particular UK’s Alan Gould and a US’s Ian Stevenson and Steve Braude have individually brought out books which are remarkable in their detail and come quite firmly, - after fighting a number of battles on the way, - to a positive conclusion: Some personalities do survive death and some seem to live again on the earth.

But these collections of evidence for survival bring up a great many Problems. Our bodies begin to decay soon after the heart stops and our brain dies. If there is to be something which survives, which takes with it memories of our experiences, - then we have to ask: What is it?