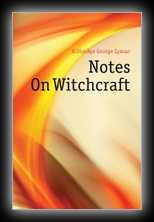 We are all specialists now-a-days, I suppose. The good old times of the polymath and the Doctor Universalis are gone forever. Yet signs are not wanting that some of us are alive to the danger of building our party-walls too high. In one respect, at all events, there can be no doubt that the investigators of New England antiquities are aware, of their peril, though they occarionally shut their eyes to it, I mean, the tendency to consider the Colonists as a peculiar people, separated from the Mother Country not only geographically, but also with regard to those currents of thought and feeling which are the most significant facts of history. True, there is more or less justification for that kind of study which looks at the annals of America as ends in-themselves; but such study is ticklish business, and it now and then distorts the perjorative in a rather fantastic way. This is a rank truism. Still, conmionplaces are occasionally steadying to the intellect, and Dr. Johnson whose own truths have been characterized by a brilliant critic as too true knew what he was about when he said that men usually need not so much to be informed as to be reminded. The darkest page of New England history is, by common consent, that which is inscribed with the words Salem Witchcraft. The hand of the apologist trembles as it turns the leaf. The reactionary writer who prefers iconoclasm to hero-worship sharpens his pen and pours fresh gall into his inkpot when he comes to this sinister subject.
(Typographical errors above are due to OCR software and don't occur in the book.)

Forgotten Books is a publisher of historical writings, such as: Philosophy, Classics, Science, Religion, History, Folklore and Mythology.

Forgotten Books' Classic Reprint Series utilizes the latest technology to regenerate facsimiles of historically important writings. Careful attention has been made to accurately