What is Past Life Regression?

Past life regression therapy is a hypnotic regression method used successfully as a therapeutic technique by psychologists and psychiatrists to resolve psychological and/or physical dis-eases. It appears as if the onset of current ailments are a result of a carryover effect from a previous incarnation. If no current lifetime events are uncovered that could be contributing factors to the ailments, the therapist will regress the client to a previous life, in search of the cause of these ailments. When the client is regressed back through his or her current life, the knowledge itself from the past life is often enough to quickly resolve these ailments. The simplest case I can think of would be an irrational fear of drowning in which there are no discoverable events of potential drowning within the current life. However, upon past life regression, the discovery that the client had traumatically died by drowning surfaces.

But that's not all. As Victor Zammit lists in his wonderful chapter on reincarnation, which details the research of many of the pioneers of this technique,…

Victor Zammit's compilation of evidence concisely summarizes much more detailed works that overwhelming support past life existence and life after death. The suggested reading below include not only his work, but those of authors that have performed the rigorous task of researching and recording past life experiences. 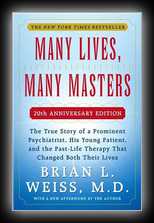 Many Lives, Many Masters
by Brian Weiss

As a traditional psychotherapist, Dr. Brian Weiss was astonished and skeptical when one of his patients began recalling past-life traumas that seemed to hold the key to her recurring nightmares and anxiety attacks. His skepticism was eroded, however, when she began to channel messages from the "space between lives," which contained remarkable revelations about Dr. Weiss’s family and his dead son. Using past-life therapy, he was able to cure the patient and embark on a new, more meaningful phase of his own career. 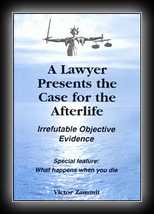 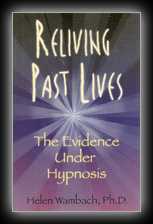 Reliving Past Lives
by Helen Wambach

Helen Wambach, a noted psychologist, professor, and therapist, assembled over 1,000 subjects in small workshops and under hypnosis regressed them to specified time periods in the past. Each subject  was given a posthypnotic suggestion that enabled him or her to fill a data sheet documenting the experiences of that past life, and pinpointing the place on the map in which it was lived.

The data sheets provided the most of the verifiable evidence in Wambach's study. These lives were lived in different parts of the world, and the distribution agrees with the known population densities of these areas at the appropriate historical times. Because each recall is individual, there would be no way that telepathy, fantasy, or chance alone could determine the way in which the cumulative statistics emerged when the data was evaluated. These data build an impressive case for the existence of past lives.